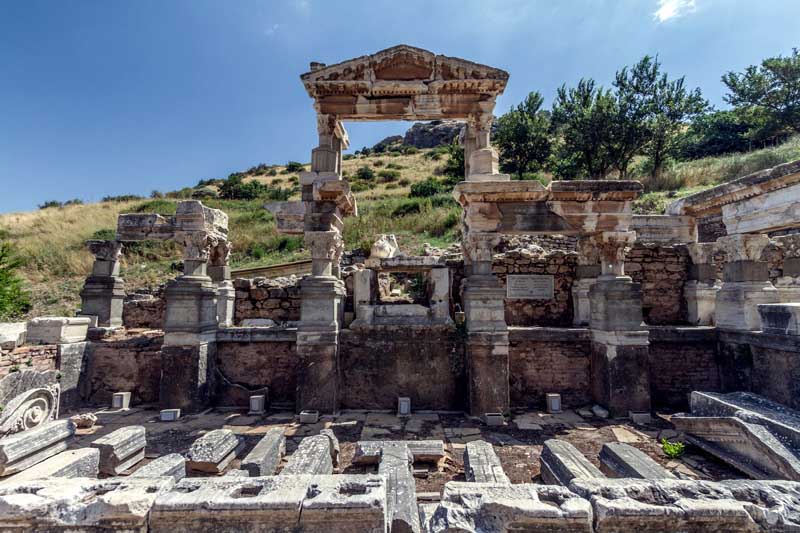 The first excavations in the ancient city of Ephesus started in 1869. British Railway Engineer J.Wood began searching the Artemis temple with great enthusiasm while he was working for Istanbul to Bagdat railway construction project. There was a station located at Ayasuluk (Ephesus), to serve the village of Sirince which is 8km away to the east. In fact there used to be only a few houses around the station!

After 6 years of persistent search he found some remains of the famous temple. His excavations were continued by another British citizen, D.Hogart during the following years.

The second group of excavations were started by Austrians in 1895, after archaeolog Bendorf was permitted by Ottoman officials to start excavation works in the city. Since then Keil, Miltner, Eichler and Wetters from the same institute, conducted excavations.

Among the findings till today we can say the Artemis temple, St.John church, Agoras, Theatre, Prythaneion temple, the Marble Road, the Harbour Road, Serapis temple, Celsus Library are the most prominent ones. Some of them are being restored.

During the Ottoman era most of the findings were taken away to British and Austrian museums and only some of them were left to Istanbul Archeology Museum. Since the foundation of the republic in 1923 all findings are supposed to be given to the museums in Turkey by law.