The Foundation Of Ephesus 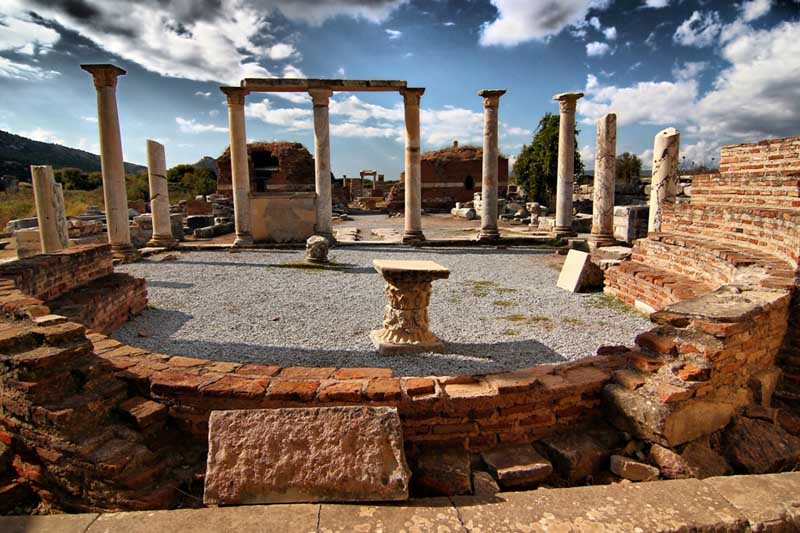 The earliest clues, indicating to the existence of Ephesus are found from the 14th century Hittite documents. They were mentioning the kingdom of Ahavia and the city of Apasas around the Miletus region which is very close to Ephesus. Apasas sounds very much like Ephesus. We suspect that both might be the same city.

There are some artifacts in the tombs of the city belonging to as early as 14th century Mycenaean era. In fact these pieces are believed to be indications of a commercial link between two civilizations not a Mycenaean settlement in the city of Ephesus.

Famous historians Strabon (1st century B.C.) and Pausanias (2nd century A.D.) claimed that Ephesus was initially founded by Amazons. Because of the lack of unity between the Western Anatolian cities, the city was colonized by the Ionians in the 10th century B.C.

According to a myth, Androklos, the son of the king of Athena, immigrated to the coast of western Anatolia with his friends, colonized the land and people and founded the city of Ephesus.

As Ionian settlement took place along the Aegean coast of Anatolia, at one stage there used to be 12 cities : Chios, Clozomenai, Colophon, Ephesus, Erythrai, Lebedos, Miletos, Myus, Phokaia, Priene, Samos and Teos. These cities had a loose union between themselves. Their representatives were used to meet in a place called Panionion same time, every year. This place is located on the Mykale peninsula, to the south of Kusadasi and next to Guzelcamli village.

The mythological founder of the city, Androklos maintained very good relations with the natives of the land, Carian and Lelegians. The famous goddess of newcomers, Artemis and the great Anatolian goddess of Kybele was resembled together in the name of Artemis of Ephesus. After Androklos was killed in a war he was buried in a large mausoleum in front of the Cavern of The Seven Sleepers.

During the 7th and 6th centuries B.C., initially Kimmers and then Lydians attacked and took control of the city. Croisos, the king of Lydia treated the people of Ephesus very well. He even contributed to the construction of the Artemis temple. An engraved column and some precious gifts left to the treasury of temple made of ivory and gold by Croisos, were found during the first excavations (about 1860s) and taken to the British Museum.

Persian king Cyros invaded the kingdom of Lydia with a surprise attack to the city of Sardes (capitol of Lydia) in the 6th century B.C. King Croisos fell a prisoner to Persians. During the reign of the following king of Persia, Harpagos, the Persian invasion of Western Anatolia was completed (546 B.C.). All Ionian cities, Caria, Aiolis, Pamphilia and Lydia were controlled by a regional Persian authority, called Satrap. They were independent in their internal affairs but a heavy tax was paid annually to the Persians.